He grew up under the leadership of his great uncle, Dr. Walter L. Battle, who was the pastor of the Gospel Temple C.O.G.I.C Church in St. Paul, Minnesota. Following the strong legacy of family in ministry, Pastor Buckner began to realize the call on his life at the age of 16 to preach and teach God’s word.

In December of 1995 his former Pastor Dr. Walter L. Battle went home to be with the Lord.

His Grandmother Pastor Thelma Battle Buckner took over as Senior Pastor of the church. One Sunday, while in church, his grandmother under the power of the Holy Spirit confirmed that Pastor Dwight had been called to preach.

She then commissioned him to prepare his first sermon. In December of 2001, Pastor Dwight moved to Atlanta, GA to attend Morris Brown College. 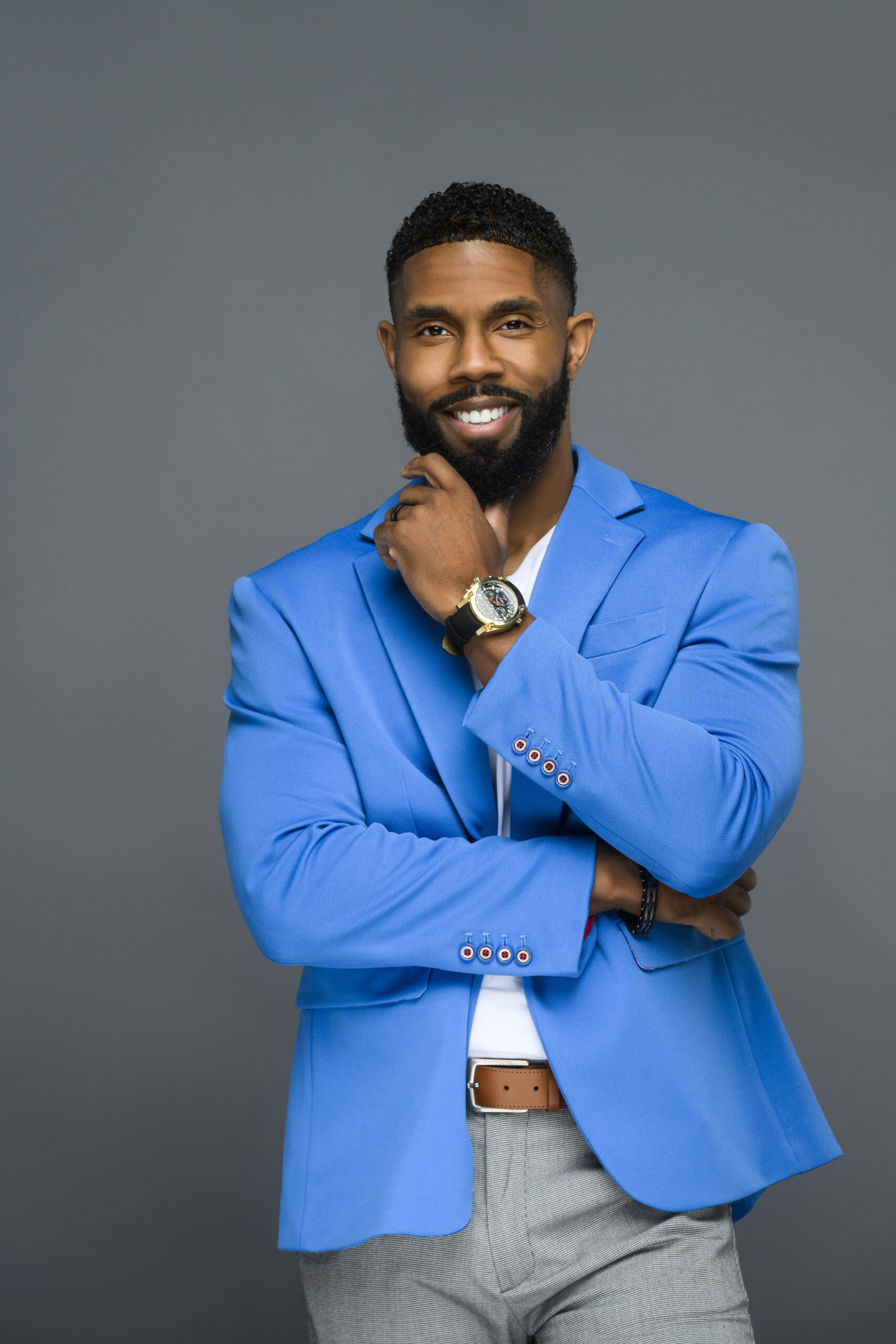 After being in Atlanta for one year the school lost its accreditation and the doors of the school closed. Buckner, confused and upset with tears in his eyes asked the question, “Lord, where do you want me?”

In 2004, Pastor Dwight enrolled at Beulah Heights Bible College in Atlanta, GA and in May of 2007 graduated with a B.A. in Leadership Administration. In December of 2009, Pastor Dwight was ordained and licensed as a Minister of the Gospel

In May of 2012 Buckner graduated from the Pentecostal Seminary in Cleveland, Tennessee, with a Master of Divinity Degree  Pastor Dwight is a profound orator, preacher, teacher, and an emerging leader in the twenty first century

Pastor Dwight’s mission is to reach at-risk youth, young adults, broken families, and most of all un-churched people, throughout the world. Pastor Dwight is married to Elisa Bennett Buckner and they have 2 Children Elias Dwight Buckner, and Malachi Caleb Buckner. The couple resides in Atlanta, GA. Pastor Buckner is the Senior Pastor and Founder of the Generation of Hope Church in Decatur, Ga.

Wall Art, Even When I Am Old and Gray, You Will Not Forsake Me, My God, I Will Declare Your Power to the Next Generation, Your Mighty Acts to All Who Are to Come

Dwight Buckner was featured as a spiritual advisor on Season 12 of Lifetime’s Married At First Sight. He desires to see people become their best selves, especially in the areas of relationships and spiritual growth. He’s also a husband and father of two boys, who balances life as a business owner and pastor

5 things every man needs in his life

Relationships can be difficult, especially when you don’t understand your partner. Many women are left wondering how do you connect with a difficult man, establish intimacy with a non-communicator, and rebuild trust in your relationship after it’s been torn down?

Dwight answers these and other questions in this book by providing insight into how men think, feel, and what motivates their actions. This book is a game-changer for couples that will transform your relationship forever.

Pick up a Copy of Pastors Buckner's Latest Book

Also Pastor Dwight will be releasing his third book
“Overlooked” in June of 2022. 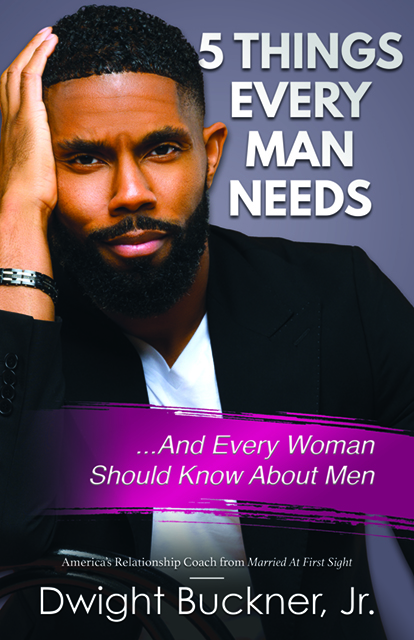 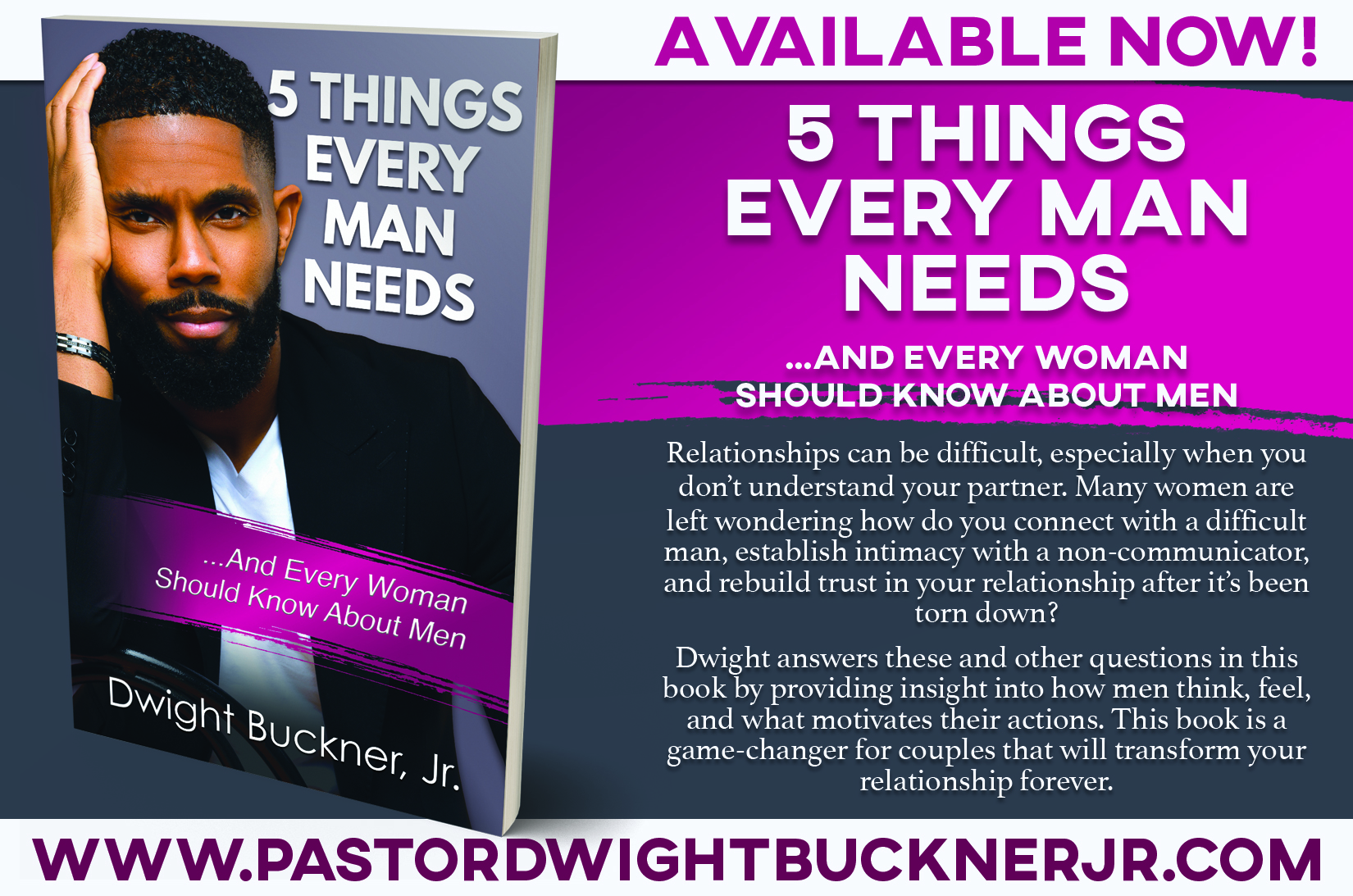 Book for an appointment

Don't forget to subscribe to my newsletter and receive weekly updates directly to your inbox.